“The project that was started and presented in Lviv by Carpathian Taste PU runs 5-6 years ahead of contemporary market relations.”

Such a statement was made by Ivan Salomatin, manager of Gastronomic Tour, Taste of the Ukrainian Carpathians project during the press-conference How Are Ukrainian Organic Producers Selling their Products at European Markets? The Role of PU, which took place at Klymentiy Sheptytskyi Museum of Folk Architecture and Rural Life, aka Shevchenkivskyi Hai.

“The Ukrainian market is not yet ready for what this project is offering. If we look at the Western mode of cooperation between small producers and market, it is common, for instance, for twenty farmers to rent one store facility. They agree on the schedule and take turns. Everyday a different farmer sells their products at the store. I cannot fathom anything like that in Ukraine at the moment. Unfortunately, neither the authorities, nor the intermediaries are ready for what we have to offer,” Ivan Salomatin says.

Taste of the Ukrainian Carpathians project is supported by Swiss partners.

According to SECO (Swiss State Secretariat for Economic Affairs) representative Barbara Jäggin, in 2010 Mykhailo Stovpiuk, a producer from Ukraine, approached them with an idea of creating a trademark that would unite under one name all the food products made by small farmers in the Carpathian region.

“Producers who make quality local products decided it was worth creating a common trademark. They asked SECO for funding. “We also have many small producers. They are facing fierce competition so they make products of very high quality. That is why we decided we had enough experience to share it with the Ukrainian producers,” Barbara Jäggin told us.

In 2012 Swiss government supported Carpathian Taste Public Union with a grant. According to grant conditions, Ukrainian agricultural producers spend the money on training for PU members and promotion of their products. In such a way, Switzerland helps this small but very important segment of the Ukrainian economy to grow.

“We are developing Taste of the Ukrainian Carpathians TM because we believe that this particular trademark is contributing to economic development of Ukraine,” Barbara Jäggin says.

“First of all, to understand if the consumers would be interested in our products, we organized a small fair for our products at Rynok Square in Lviv. Then we started working on business plans and were looking for those who would be interested in our idea. It was a complicated project. Many people were eager to spend grant money. Managers of farming households, consulting services and others were waiting. They all had the same thought: here is the Swiss money and we are now going to spend it as we want. But it did not go that way. We made collective decisions about what to spend money on – advertising, training or other areas,” Mykhailo Stovpiuk says.

Regarding his own business, Mr. Stovpiuk says that it started when he realized how many rare medicinal herbs were being destroyed.

“People were throwing Red Book protected medicinal herbs away from their hayfields as the cattle did not eat them. And I knew that such plants were very popular in Europe. At the time, the market was full of Polish “herbatas” (teas) with aroma enhancers.  So we started selling our herbs in Europe. I started from small production. Together with family we made herbal teas and jams,” Mykhailo Stovpiuk reminisces.

The idea of using the resources of nature for production was also supported in Bukovyna. Serhii Styopin, who represents Liluck from Chernivtsi, claims that birch juice without sugar, infused with nettle or mint, is an old Bukovyna recipe.

“Where Bukovyna Carpathians start we are having birch groves. These are wild-grown birch trees. In 2000, we decided to enter the birch juice niche. We had research done at various institutions. Now, we procure around 600,000 tons of juice per season. We add nettle, mint and dog rose infusions to the juice. Nettles we use is also wild grown. You only need to gather it,” Serhii Stypin says.

The President of Carpathian Taste PU and owner of Tüzes Farming Household from Vynohradovo district of Transcarpathian region, Pavlo Tüzes, claims that back in the 90s when he started out he faced a dilemma –   to go work abroad or stay in Ukraine and develop economy at home.

“I chose this way. It may be harder, but it is my way. I started from export of plum lekvar. Today I am exporting industrial cannabis seeds, peas and barley to Germany, Italy and Austria. I have 30 ha of industrial cannabis fields. We sell a small share, 2-3 tons, to Ivano-Frankivsk, where oil is made. The rest is exported. We normally gather around 700 kg of cannabis seeds from 1 ha. Last year we sold 15 tons. To make 1 l of oil you need 3 kg of cannabis seeds. The leaves are bought by pharmacies in Lithuania and Germany,” Pavlo Tüzes says.

“We make different sausages from pork and beef. We sell them in Ukraine only. I make sausages using my father’s, grandfather’s and grand grandfather’s recipes,” he says.

Hashpar farm owner (Mukachevo district of Transcarpathian region) Oleksandr Hashpar, on the contrary, learnt a lot from his own experience.

“You cannot learn this from books. You can use the same recipe for minced meat but if you put it in different casing, pork, sheep or goat intestine, the sausages will have a different taste. It may seem similar at first but the aroma and aftertaste will differ. I do not add special bacteria to speed up the process. Sausage ripens in a natural way. We make sausages and hang them in ripening rooms with no fungi. There they ripens. I do not know what the taste is going to be after it has ripened. And I do not know for sure when it is ripe. These are not industrial technologies, it is an individual process,” Oleksandr Hashpar tells us.

At the farm, they breed goats, sheep, chicken, geese and turkeys. Oleksandr does all this when free from work. He is an economist and works at a bank.

“I started the business in 2004. I first grew cereals. Then I started animal farming for I had grain I could feed animals with. That is when the process came full circle. We started selling the extra product in 2006. Knowledge of what and how came with experience and experiments,” Oleksandr Hashpar says.

In such a way small farms which make organic products (cheeses, honey, sausages, juices, jams, herbal teas and others) united into a public union. There they get training, promotion and sales boost.    “As of now”, says the Director of Carpathian Taste PU Nazar Fihun, “the PU has 19 members. 11 more producers will join as soon as they receive a certificate on successful completion of inspections.”

“We are meticulously inspecting the production sites of our producers. The products must be organic, without additives,” Nazar Fihun stresses.

FiBL (Swiss Research Institute of Organic Agriculture) representative Tobias Eisenring says that an important argument for Switzerland in helping Ukrainian producers was an opportunity for producers to do something together.

“We noted that producers were very proud of their products. Through the desire of producers to promote their region we managed to accomplish this,” Tobias Eisenring says.

The best solution for promotion and sales of organic products turned out to be gastronomic tours. PU members have their own tasting rooms, but there they only offer their own products.  To have all the products in one place as part of one experience is something that you can only find in Lviv.

Roman Nazarovets, Director of Shevchenkivskyi Hai Museum of Folk Architecture and Rural Life noted that it was the first project of such type in Ukraine.

“I heard that many museums in Europe had a similar thing. For Ukraine it is the first project of this kind. We risked and went for it. It is always hard to be the first,” Mr. Nazarovets says.

It's good to read 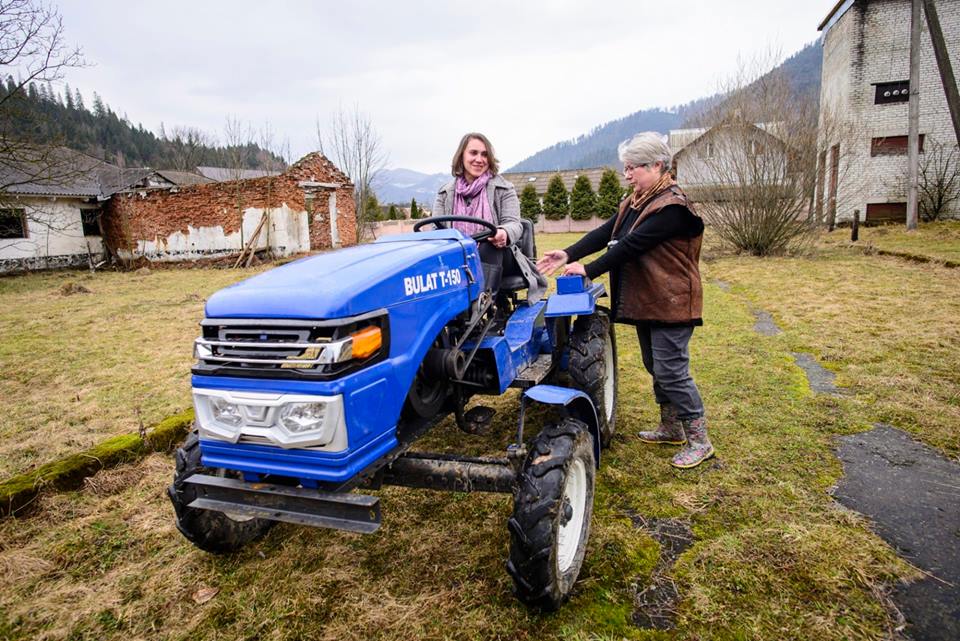 Is it possible for a woman to start a business from scratch with just a strong determination to  m... 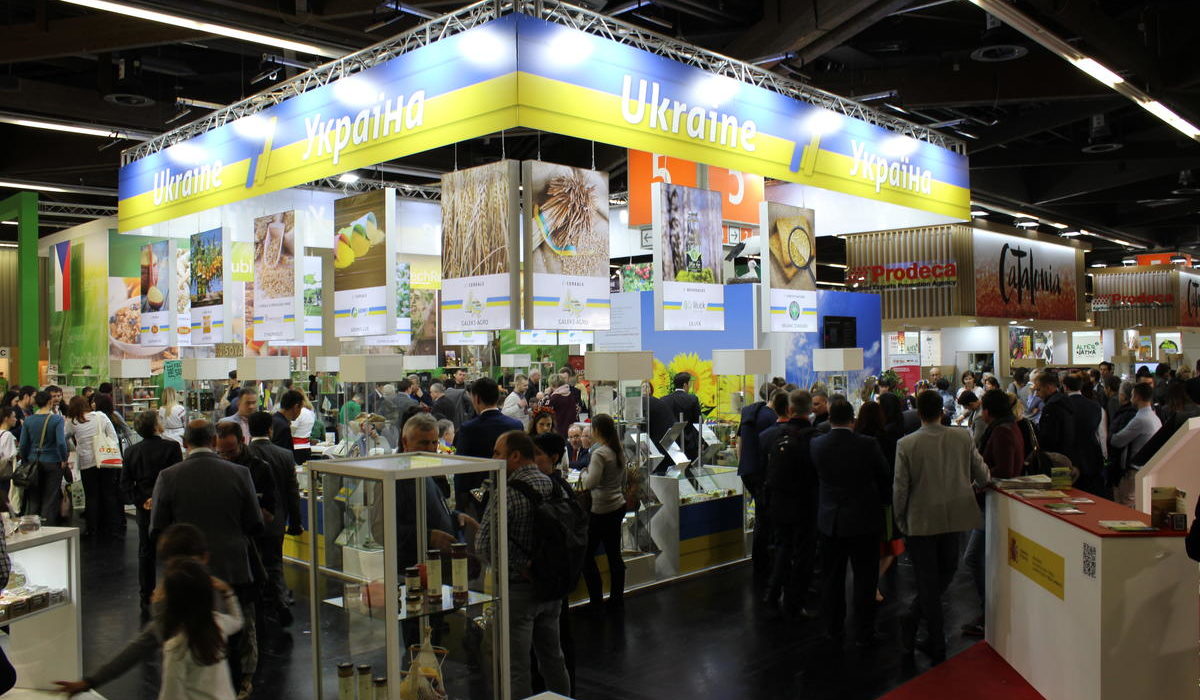 Gastronomic tours are gaining popularity in Ukraine. More and more locals and guests from abroad who come ...